As this is my first post on You Gotta Eat This and I am definitely a proud Canadian,  I thought I would take this opportunity to explain a little bit about what is a traditional Canadian cuisine.

The multiculturalism prominent in large cities has overshadowed traditional Canadian food as immigrants crave their own flavors and heavily advertised main stream fast food chains. Although in rural areas, there is no access to restaurants and people cook for themselves. The original Canadian diet consisted of lots of wild game meat and fish. Salmon, trout, bass, elk, moose, deer …. That’s right! We love hunting and fishing (fresh meat is the best!)

European settlers introduced potatoes and other root vegetables which immediately became popular, especially on the east coast due to their ability to keep during our frigid winters. Cabbage and fruits like apples are also commonly found for this same reason. In the summer time, when they are in season, we often cook and bake with berries (preferably wild) and freeze the extra for later on.

In comparison with other cuisines we don’t use a lot of spices, and the majority of food is boiled or baked. An example of a traditional meal would be smoked meat, potatoes and cabbage boiled until fork tender (see Nova Scotian boiled dinner recipe.) I think I can safely say the Quebecois poutine, crispy fried potatoes covered with cheese curds and beef gravy would be our most famous dish and can now be found all over the world.

We are also famous for our maple syrup and leaner version of bacon, peameal bacon, which American’s call Canadian bacon (although it`s Irish too.) Our version of beef jerky, pemmican, is also something every jerky fan should try. For carbs, besides potatoes (we love potatoes) we have wild rice, our delicious and much healthier rice as it is whole grain and unprocessed, cooked whole and perfect in salads. In terms of traditional breads, we have bannock and fry bread, both quick breads that are easy to make.

As for Canadian desserts, we have Nanaimo bars and beavertails, although pies are also common and combining fruit and maple syrup with bannock is also delicious. Oh the alcohol thing…. Yes we love beer! As long as it’s a cold one, it’s definitely a good one! But we also produce lots of amazing wines, particularly in the beautiful Niagara Falls area. Most recently, we have been producing wine from berries in Muskoka, which is fruity, delicious and healthy! We have cranberry and blueberry wines which are just spectacular!

Today and going forward, I think Canadian food is fusion; we crave new flavours and love to try new things. Chinese, Indian, Latin American, Arab, African and other Asian cuisines are becoming more and more mainstream as our population diversifies. So get ready for Thai style Montreal Smoked Meat and pineapple coconut beavertails in the near future! 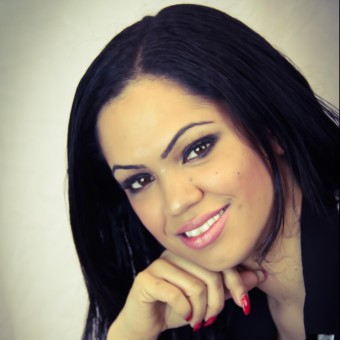 As a native of Toronto Faith`s able to create diverse meals from a variety of ethic cuisines from all around the world. Her customization of recipes to suit even the pickiest eaters are unmatched in her field and her generation. Prior to entering the food world, Faith was in Real Estate and Business Management, managing condominium portfolios for various large firms in Toronto and then later in Natural Resources. Although her salary was substantial, she spent her time dreaming of creating new recipes in the kitchen. In 2008, Faith launched her catering company, Fabulous Faiths Food, known for delivering delicious and nutritious fresh and frozen meals in the Greater Toronto...