20 years after releasing Only Built 4 Cuban Linx and several iconic Wu-Tang records, Raekwon proves he’s still got it. Recently, YGET caught up with The Chef during a unique collaboration with another internationally known Chef – Rachael Ray to eat some grub, talk about his new album F.I.L.A, and watch him spit his fly raps on stage.

RP: As a native New Yorker, I’ve gotta say that performance was incredible man. You had Rachael Ray dancing front row, everyone rapping along with you, and despite having lost your voice you still killed it!

RP:  I grew up in the Bronx always eating at the Chinese spot if my Mom wasn’t cooking her arroz con gandules. If your parents weren’t cooking at home, what spots did you frequent?

Raekwon: We ate a lot of pizza, chinese food, chicken wings and fried rice. My mom was actually a cook. She would make food for the whole neighborhood. That’s how I grew up.

RP: True New Yorker. Now, Styles P has a juice bar, Bun B has a food blog, and you collabed with Rachael Ray for a SXSW Showcase. It’s apparent Hip Hop culture and Food Culture have successfully collided. Do you think that you all can influence our Hip Hop culture to be more aware of what we consume?

Raekwon: Most definitely. It’s important! It’s important for us to eat right. You gotta get grains in your body. The more we take time and pay attention to what we’re eating, the better you take care of your body. You gotta get grains. Make sure you get your grains at least 3 – 4 times a week and a lot of water. Even if you don’t want to, you have to.

Kids nowadays are getting diabetes early. They’re eating a lot of sugar or stuff we think is good for us, but it’s not great for us. You have to monitor what you eat. RP: I hear that. As I get older I start to realize how important it is. Health is wealth.
My dude took me to a spot in Oakland called CREAM (cookies rule everything around me), it was inspired by your record. Their ice cream sandwiches are incredible, real talk. Did you ever think your impact would crossover to so many different cultures?

Raekwon: We were big dreamers. We believed could get to that level one day. The confidence made us become respected. We always felt like if you put your heart into something you could make it happen.

I think about my fan base and I’m really fortunate to have so many different cultures respect what we created. I didn’t think it would be as big as it is.  Really, it boils down to being attached to your neighborhood and becoming a representative of Hip Hop. You gotta live in it, I live in it. I breathe it, I love it. When I got an opportunity to be heard, I gave it my all and people were able to see that.

RP: That’s inspiring for me. I think it’s important to maintain who you are at all times.
With your new project coming up, how do you intend on showing your fans what you’re rapping about.

Raekwon: My new album F.I.L.A will help people understand the Chef built a legacy 20 years ago and he’s able to remain relevant by still being a part of the culture. This album represents my past, present, and future. Still being able to deliver quality music. I grew up on lyrics and beats as well as the culture of the struggle. This album shows me getting past the struggle and being free. Now I can be the artist I always wanted to be… an international artist. This album is more about the lifestyle. You’re getting an opportunity to listen to Raekwon at his best 20 years later.
This is a stamp on my credibility to show you I’m still here and I still got it. I’m giving people quality music.

RP: I love to hear growth. People who listened to your music 20 years ago are all adults right now, including myself. So to hear the continuation of your story is only going to help inspire us to keep pushing. What exactly does F.I.L.A stand for?

Raekwon: I’m a fly nigga, I’m internationally known, giving you luxurious art (it’s a piece of me). It didn’t mean FILA like the sneaker brand, but that is something I grew up on. That’s what we were wearing.Fila, Adidas, Puma, La coq sportif, Polo. We was always fly.

RP: Man, that’s crazy to hear. When I was like 7 years old I gave myself the nickname “International P” because I never got to travel outside of NYC or anything so one day I wanted to travel the world. Artists like Wu-Tang helped a young guy like me see there’s more to the world than the Empire State Building.

Raekwon: [Laughs] That’s wild to hear. We brought our culture to the forefront all over the world. I try to snatch some friends out the neighborhood to see the world. For me, just traveling and seeing different cultures I understood that we could relate. When I get to places like Russia and China it’s like we’re different, but not really that different. We tell stories and give pple the opportunity to relate. Music is about feeling. Hip Hop will be here forever.

RP: Chef, I appreciate your time. This has to be the most inspiring interview I’ve ever done. Hopefully in 20 years I’ll be able to share a similar story. Peace God!

Raw Deal ~ The Ilan Hall Interview: get into the mind of a chef whose new show “Knife Fight” returns the focus of food television back to food

Bun B Talks YouGottaEatThis With NewsFix 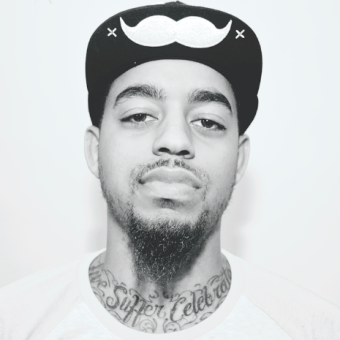 I have a lot of opinions and a lot of Fireball. Twitter/IG: @rayp_photos Show Mom Your Appreciation With This Mother’s Day Cocktail Menu