It is not often that I approach a drool inducing menu with a fair amount of fear. See, I’m not a young man anymore. And any true glutton locked into a short stare with the age of 40, knows that he or she must pick their battles. If you are gonna cross off that “X” day, choose wisely. Then along comes Fat Sal’s, a sub shop whose execution is on par with what one would find in Philadelphia, Boston, Jersey, and yes, even New York City. A menu that has the imagination of an Iron Chef and a sense of indulgence befitting two guys named Harold and Kumar. Yeah, I’m probably due for a month of veganism and cross fit after this visit, but folks let me tell you, the Fat Sal at Fat Sal’s is worth it.

This may be the closest many of us will ever get to the mobile North Jersey institution: the Rutgers grease truck, where making a sandwich means stuffing it with french fries, fried appetizers, multiple meats and pretty much any and every topping you could think of. I remember hearing tale, some years ago, of a cheesesteak topped with a cheeseburger, and found the very idea of it to be just needlessly excessive. I generally refrain from topping meat with meat unless one of them goes by the name of bacon. Yet here I was, 11 years later, staring down a menu that belongs in the pages of “Eat This, Not That”. I went with the Fat Sal, a fried carb explosion of mozzarella sticks, fries and onion rings that gets into a tussle with some roast beef in a kiddie pool of garlic, gravy and mayonnaise. This was based on an enthusiastic fan’s suggestion – oh, and Fat Sal’s has its fans, this place had a line going of burly dudes and famished young families at 11:30am, and considering it is within walking distance to an In N Out and a Chick Fil-A, that is saying something. Beyond the crowds, I love a place that can make people become so passionate about their product, and Fat Sal’s certainly is that kind of place. This could be a good reason why:

So it has been awhile since I have had a mozzarella stick. To be honest I usually associate fried food with bad food. This mozzarella stick was damn good. I feel like maybe “fried food” in general has become a catch-all phrase for food that is just bad. I’m sure there are half competent cooks and greedy restaurant owners who think that a deep fryer will disguise frozen food and inferior ingredients. Well friends, these fries rock. Not so much in the French bistro style, interestingly enough they remind me of a place with big yellow arches and a friendly clown, and while my inner gourmand blushes at this acknowledgement, the fat kid in me is all smiles. The onion rings were harder to judge as the true test is their crunch which was understandably comprised by gravy. Most important were these two elements: the sandwich was not meat heavy(because it did not need to be), and the bread performed flawlessly in keeping this hot mess in its place:

If there is one singular theme that connects every place that has been or ever will be mentioned in Sandwich Spotting Los Angeles, it is this: it’s all about the bread. Great sandwiches always have great bread. Fat Sal’s hero roll has just the right amount of crunch in the crust yet the roll gives way beautifully once you bite through the sandwich. Idling right in between sweet and sour, the dough’s flavor profile is purely neutral, making it the perfect canvas for sandwiches that surf a wide spectrum of bold flavors. Though it is hard to appreciate the subtleties of this roll when gravy is involved, the dough doth shine in the more restrained sandwich, the “Irresistible Italiano”:

I can’t go on enough about the importance of portion control when dealing with cured Italian meats. A thin slice of mortadella can cover an ocean of hunger. You just don’t need to stack cured meats too high, and that sensible restraint is on full display in the Irresistible Italiano. Looking back at the Fat Sal, there wasn’t a heavy serving of roast beef there either. Why? Balance. The heavy load of fried friends meant you can ease up a little on the amount of beef served. It seems flat out bizarre to say there was restraint being applied to the Fat Sal, but there was. A good sandwich is more than star vehicle for a popular protein like beef or turkey, it is a multilayered meal that is held in your hand, all parts being equal. It may be a goodly while till I get another Fat Sal, but it is good to know that this indulgence has just enough restraint to keep me coming back for more.

PS – the sleeper on the menu is the double cheeseburger, read about it my ongoing series about the best burger deals in LA here: http://www.lataco.com/taco/bang-burger-buck-fat-sals 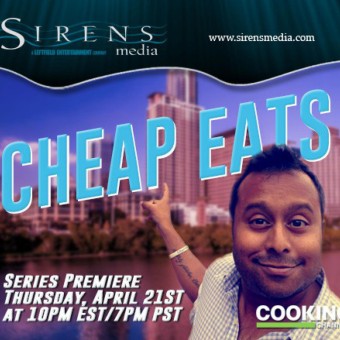