When you walk into Highlands you immediately feel at home. You see everyone smiling and hanging out with their friends while the delicious smells from the kitchen make you hurry towards finding a table and more importantly a menu. I found out about this neighborhood treasure from #TasteGoodDC, a movement founded by Lamine Ndour. #TasteGoodDC is a “declaration for anything of quality, it can be anything from what you eat to the brush you use. The mission comes from a notion I had to encourage people to step away from ordinary things,” describes Lamine.

To spread their positive movement, the #TasteGoodDC team started creating events. “My partner Michael Davis and I created an extended Happy Hour on Mondays which is usually the most dull day of the work week, and it became something people could look forward to after work,” explains Lamine. Since the food is absolutely delicious and because of its community friendly atmosphere, Lamine and Michael started their extended happy hours at the legendary Highlands in NW DC.

The word began to spread quickly about the Highlands and #TasteGoodDC Monday Happy Hours. I finally made my way down to Highlands after I returned from New York at the end of the summer. The place was packed and I could smell the food from up the block. I knew I had to return to cover the awesomeness that was occurring at this place. I finally made my reappearance… and this is what happened:

While trying to decide what to eat, I soon realized that only ordering one meal here just wouldn’t suffice. Everything sounded and looked so amazing that I ended up ordering three dishes… The first dish I ordered was “Juanita’s Fried Shrimp and Grits.” The shrimp was perfectly crispy and tasted ultra fresh. The grits were so cheesy, buttery, and smooth. As if this weren’t enough, a delicious Apple Cider Bourbon Sauce laid drizzled atop the fried shrimp and grits.

For my second course I ordered the London Broiled. This sandwich came served on a delicious french sub roll with thinly sliced pieces of steak. The steak was so juicy and tasted very tender.

After these two courses, I needed something sweet. I immediately drew my attention to the Bread Pudding dish that featured blackberries and strawberries. For anyone who knows me, bread pudding is one of my all time favorite deserts. Highlands’ bread pudding more than lived up to my expectations. The bread pudding was so fluffy and very creamy. The blackberries looked so tasty as they laid embedded throughout the pudding while the strawberries beautifully decorated the top and perimeter of the dish.

I would like to personally thank Highlands, Lamine, and The #TasteGoodDC team for an amazing experience. The meals were delicious and the positive energy was flowing from every direction. #TasteGoodDC will be collaborating with more venues for their fall campaign so make sure to stay tuned for their future events!

Visit Highlands’ website to learn more about this beautiful restaurant and their amazing food items! If you’re in DC, #YouGottaEatThis!

Pineapple Fried Rice In A Pineapple 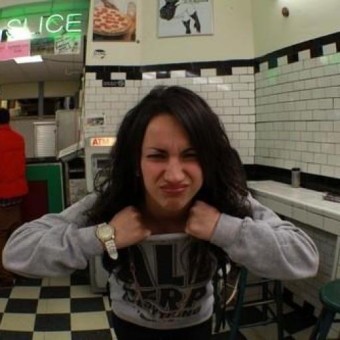 Talking Edibles: A 420 Interview With The Josh Craig From Recipe Clippings to the Recipe Cloud with Recifoto